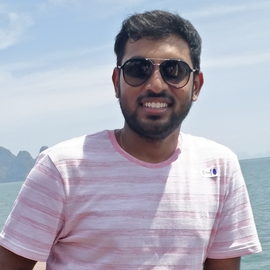 I am a Ph.D. student in the Computer Science department at the University of California, San Diego working with Prof. Jingbo Shang. I am broadly interested in Machine Learning and Natural Language Processing.

For summer 2021, I am interning at Amazon Science with Dr. Xin Luna Dong. I completed my Bachelor Of Technology in Computer Science And Engineering from the Indian Institute of Technology, Kanpur in 2017, where I worked with Prof. Harish Karnick and Prof. Purushottam Kar. I worked as a Data Scientist and Product Engineer at Sprinklr for 2 years and I interned at Microsoft India in the summer of 2016.

Few Shot & Weakly Supervised Learning I develop high performing deep neural frameworks with minimal human supervision such as just class labels or a few label-indicative seed words. I am interested in leveraging massive amounts of unstructured and unlabeled data available on the internet for supervision and additional contextual information. Further, I am also keen on beneficially leveraging pre-trained language models to reduce the need for annotated data.

Security I study vulnerabilities of current NLP systems such as data poisoning and trigger-based backdoor attacks and work towards developing strong defense methods against such attacks.

Deep Learning A deep neural network is known to learn/overfit any randomly labeled data. I am interested in understanding and unveiling the learning process of deep neural architectures and further use it to analyze the quality of data.

Apart from Academics, I enjoy spending time playing Ukulele, playing Football(soccer) and I rarely write too. Checkout my blog!

May 2016 – Jul 2016 Bangalore, India
Developed tree-based models for predicting the ideal assignment candidate for a case in Microsoft Dynamics CRM.

Dec 2015 – Jan 2015 Hyderabad, India
Designed and implemented an algorithm to speed up search queries related to the location of a vehicle, from 120 seconds to 5 seconds.